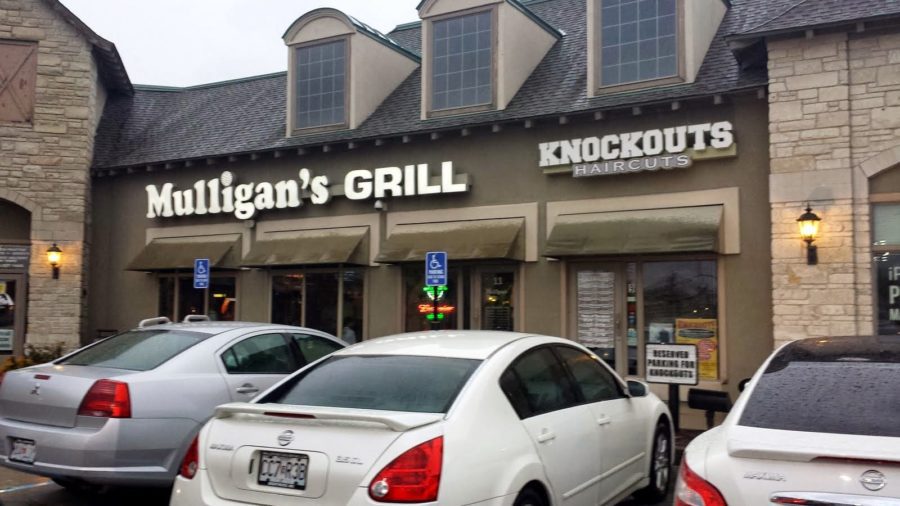 Mulligan’s Grill – When you have your own private label bourbon you have to know that you are doing something right. As a restaurateur that has to be a proud accomplishment. Mulligans Bourbon is available at several stores around town.

Let’s face it, running a restaurant is much more difficult than it appears, which is the why so many fail. There is an overwhelming amount of detail that demands the owners attention. When you see a restaurant that is successful and well managed, it looks as though anybody could do it.

The owner of Mulligans Grill is one of those owners that makes it look easy. He is surrounded by young, well trained staff, he pays attention to the detail and apparently has as a good feel for the local crowd because he seems to please them enough that it is difficult to get out the door on a Tuesday night because so many people are waiting to get in.

Honestly, all the reviews and ratings in the world does not mean much when you see a crowd like that on a Tuesday night. One popular restaurant rating site gives Mulligans an 85% with 168 votes. When you visit this place you would expect a much better rating than 85%. Most of the patrons that we have visited with are regulars and have visited Mulligan’s for years.

Disregarding that review, we moved on to their Facebook page where they have 696 Likes and have had 1818 visitors with 5 stars. Google has 17 reviews giving it a 4.2 star rating. Their Google+ page has been visited more than 215,000 times. Since our original review published March 28, 2014 their reviews have actually increased slightly, which says a lot about the establishment.

One thing that Mulligans Grill is not good at is self-promoting themselves. Why? They are busy and do not have time for self promoting. They are not concerned with getting more business, they are concerned with taking care of the business that they have now. That says a lot; it tells me that he understands what keeps customers returning to his establishment – good food and service.

One of our biggest concern is always cleanliness. This place is clean as you might expect. The food is good, the service is good, the prices are fair and Mulligan’s has their own private labeled bourbon. It is an upscale bar and grill that has a broad menu offering something for just about everybody. Since our previous review they have added an outdoor seating area, which is probably not big enough room to facilitate the increasing demand, but they were limited with space.

We recommend Mulligan’s Grill and give it a 4.25 Star Rating. We are confident that after 20 years of business, you will like Mulligans Grill too. There is no rush to get there because this place will be there – failure is not in their future.

Mulligans Grill is located on the NE corner of Clarkson & Manchester Rd at 11 Clarkson Rd, Ellisville, MO. Phone (636) 391-6880 or visit their website.

We congratulate the owner and his entire staff on a job well done and RECOMMEND that your visit Mulligan’s Grill.

The review is the sole unbiased opinion of St Louis Restaurant Review and is NOT paid advertisement. Our original post was published on March 28, 2014, revised and republished on February 15, 2015.