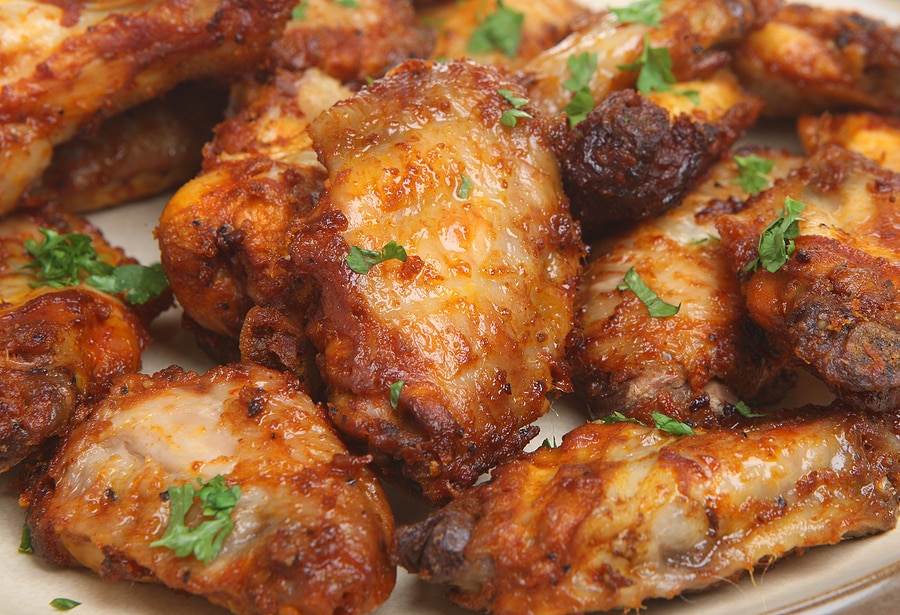 WASHINGTON, DC (StLouisRestaurantReview) The COVID-19 pandemic has changed our lives in many ways. One thing that hasn’t changed: America’s love for chicken wings.  This is no more apparent than on Super Bowl weekend, when Americans will devour a record 1.42 billion wings while watching the Kansas City Chiefs and Tampa Bay Buccaneers battle for the Lombardi Trophy.

This figure is up 2% from last year, according to the National Chicken Council’s annual Wing Report.

There are several reasons for the uptick, says National Chicken Council spokesman Tom Super.  “If you think about it, restaurants like wing joints and pizza places were built around takeout and delivery, so they didn’t have to change their business model that much during the pandemic.  Wings travel well and hold up during delivery conditions.  Plus, they align with consumer desire for comfort food during the pandemic.  Chicken production remained steady in 2020, and as long as people are sitting around watching TV and maybe drinking a beer, wings will remain in the game.  Don’t forget the air fryer revolution, either.”

How do 1.42 billion chicken wings stack up? Picture this:

In restaurants, servings of chicken wings were up 7% in 2020 versus 2019 despite an 11% decline in trips to commercial restaurants over the same time period.

U.S. Department of Agriculture data also confirm the “hot” demand. According to the most recent Cold Storage Reports, there was a 29% reduction in November and a 24% reduction in December in year-over-year wing inventories in cold storage, meaning restaurants and retailers took a lot of wings out of freezers and stocked up months in advance for the big game.

A recent National Chicken Council survey also reiterated that the pandemic didn’t keep people from their wings – in fact, one quarter of respondents said they ate more wings during the pandemic. Additional wing findings include:

The National Chicken Council is the non-profit trade association headquartered in Washington, D.C. that represents U.S. chicken producers, the companies that produce and process chickens raised for meat. Member companies of the council account for more than 95 percent of the chicken sold in the United States.

On behalf of the National Chicken Council, Ketchum Analytics ran “U.S. Chicken Survey” to better understand current trends related to chicken consumption. This study was fielded online by LUCID with a 95% confidence level and a margin of error of +/-3.1% and ran from October 24, 2020 to October 27, 2020. The study was derived from a sample of 999 Americans who eat chicken.